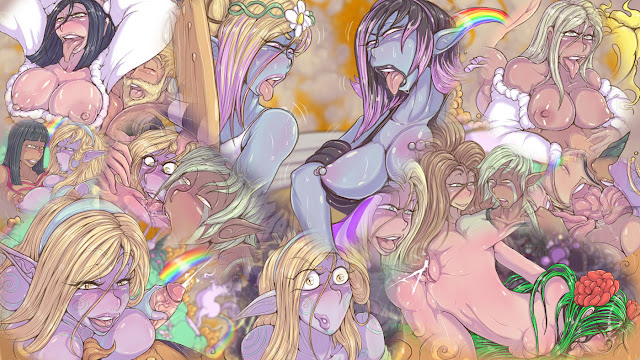 New version with the new world Show Towns! The version should run pretty smoothly this time since the testing went pretty well. The android version (which are available for patrons) is still bigger than we want (right now is bigger than 1GB) but we'll try reduce it and reupload it during next week. We have tested it with a couple of devices and works fine though. Browser version is giving us some troubles as usual and we'll work on it during next week too. Beside this we are and we'll be working on next mechanics release, this time, focusing on combat, working some more on the academy and side/inbetween worlds events.

· Now the teachers of the academy have stamina (amount of lessons that can give every day) which can level up. They have subject level and they unlock the subjects they can teach through leveling up other subjects (the subjects still needs to be purchased for the academy). This levels can be checked in the teachers room in the academy but we have to add informative pop-ups and the whole system still needs some work.

· Added the world Show Towns. Including final minigame and ending (still the class and the teacher doesn't show up in the academy).

· To go to the new world the arrow can be found in the sadness area of Jane's world. Remember that right now you can skip the first world in the codes menu (button next to the gallery in the top left of the screen) with a button that will lead you to the point where the new world are open. This time there is no need to go talk with Jane.

· Added 8 new characters (or group of characters) with 12 new avatars and their ragdolls.